Where does refrigerator odor come from?

2. Vegetables or raw meat that have been in the fridge for a long time. Many people have this habit, food bought the first in the refrigerator, waiting for one day forgetting to buy some food, or take out to eat, but as the days went by, they have forgotten those who haven't cooked food have already been in it for a long time, and you don't know it, so food is bad, rotten, And it gives off a sickening exudation, sometimes even finding insects floating on rotten food, which also give off a partial stench. 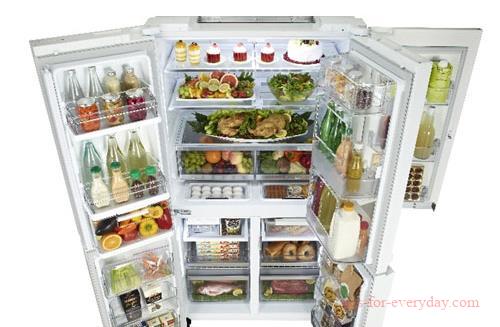 3. Some people put their food directly on it without wrapping it up, and the smell comes from it. Some people are lazy, also feel it's safe to the food in the refrigerator, not corruption, also need not what bags, these, anyway, now put it there, take out except in the afternoon, can know, whether it's physical whether it's cooked, or raw, will have its smell, refrigerated without disguise, the refrigerator doesn't breathe freely, Its smell affects other foods.